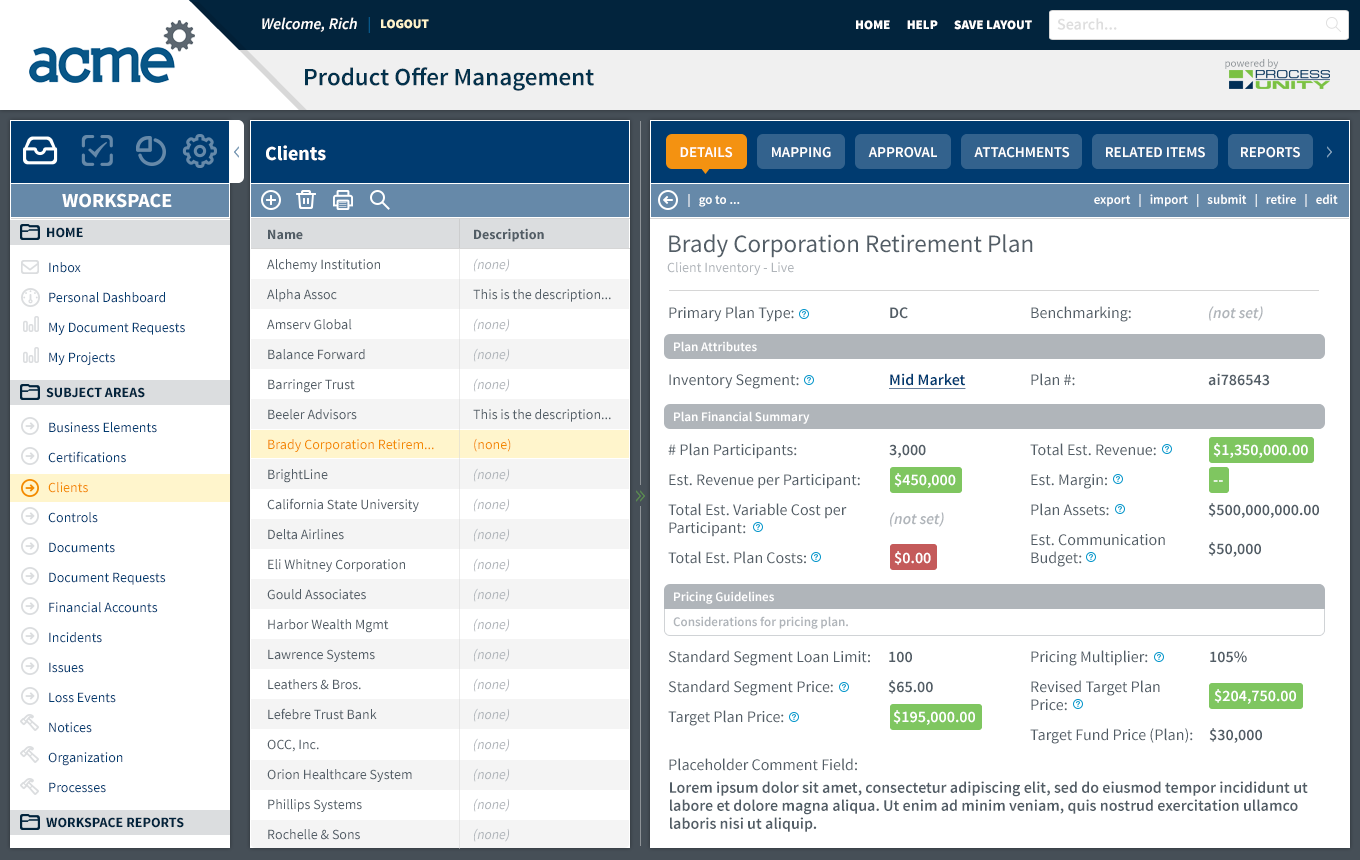 As with all my projects, this one was a referral from a past client of mine who highly recommended me when ProcessUnity was looking to outsource the UI and UX redesign of their SaaS product. After an initial call, we all felt it was best to do the official kickoff at the client’s office in Concord, MA. Not only did this help put faces with names, but it also allowed me to get an overview of the application first-hand, and brainstorm ideas together on a whiteboard as a group.

The project was broken down into two phases. The first, short-term project was to work on enhancements to the UX that had a minimal impact on development (tackle the low-hanging fruit), introduce some new features, and reskin the overall application. Because we didn’t have the capacity to revamp the entire application from the ground up yet, we needed a way to get users excited about the upcoming changes, while keeping the big picture in mind as we went through the process.

We started by identifying key screens that would have the greatest impact on the entire system and created an Action List. This first phase included the addition of a global search, a co-branded header (so customers can put their own stamp), and redesigned the almost 200 icons in order to match the new, modern look and feel. And because we knew that in Phase II we’d be moving to a Responsive platform, we also introduced a grid layout to make the transition easier later on.

We also reworked some of interactions that were a bit clunky, such as Modal windows, secondary navigation bars, and general housekeeping. I was working with a team of talented developers, so between the design files and a styleguide that I provided them, they were able to piece it all together into a functioning product that looks and works great.

We’re now kicking off the second phase of the project, which will include a responsive layout, context menus, and switching to a multi-page app to help with responsiveness and overall experience.