Free service enabling parents to easily collect, organize, and share all of the digital posts, pictures, and conversations that detail their children's lives. 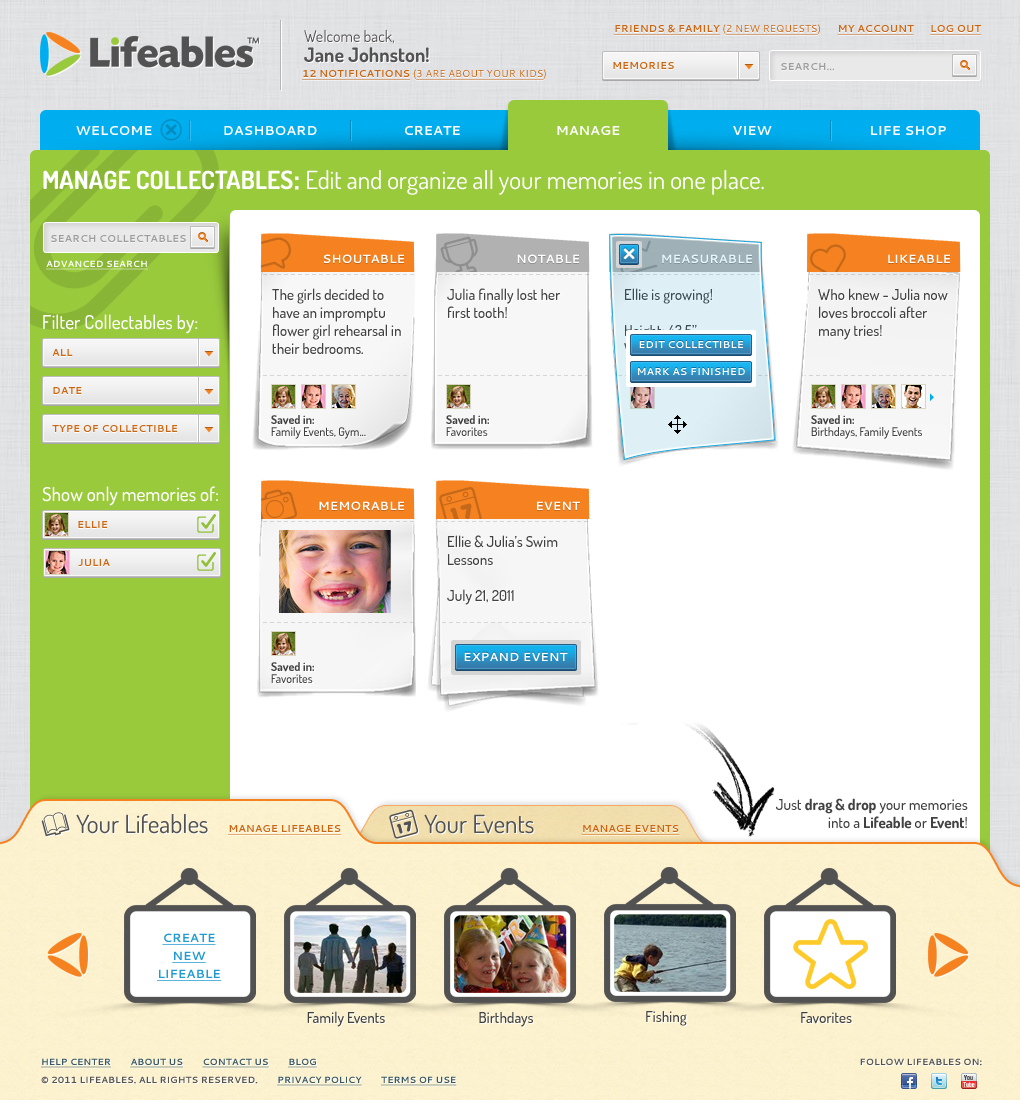 When the team at Lifeables approached me in 2011, they had a rough concept already built (under the name SproutShout), and wanted to take their product to the next level. They needed some funding in order to work on the next release, but needed it to look real before they could get the funding. Classic "chicken-before-the-egg" syndrome.

They presented me with a few wireframes that depicted the direction they were headed towards, but they were very high-level and needed some serious refinement. After studying their situation, defining the use cases, and evaluating key competitors, I created a detailed and interactive prototype that would take the user down the entire path of collecting, organizing, and sharing their memories.

Once we had a clear picture for how the application would work and what the interactions would be like, I worked on the visual look & feel. Since the product was consumer-focused (predominantly females), we wanted the site to feel fun and engaging, without looking too childish. However, the ability to personalize the Child Profile pages with custom imagery, stickers, and themes set this product apart from the rest.

The Lifeables team moved on to development, testing and tweaking along the way. By collaborating with a usability expert to help us test the beta version with actual users, we tweaked some more and added/removed features as needed. Lifeables was eventually able to secure multiple rounds of funding, and were even selected as a Finalist in the 2012 MassChallenge competition (yay!). They are currently undergoing a restructuring as they continue to innovate on their technology.